AMNESTY 'PENS' WINS A BRONZE AT THE CANNES LIONS 2014

Amnesty International in collaboration with its agency TBWA Paris are back. Directed by Onur Senturk and co-produced by Troublemakers.tv and the studio One More, Pens is a full CG film shot in motion capture by Mocaplab that epitomises the potential of each signature in the defence of human rights. Highlighting that the voice of a single person can bring about the birth of a social movement, the film concludes with the words “your signature is more powerful than you think” and features the song Iron Sky by Paolo Nutini. Through powerful imagery, Amnesty International has encapsulated the essence of its primary objective – inspiring communities to defend their fundamental human rights. 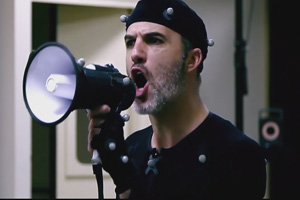